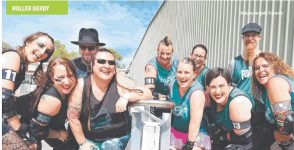 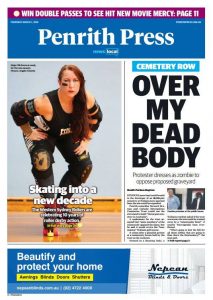 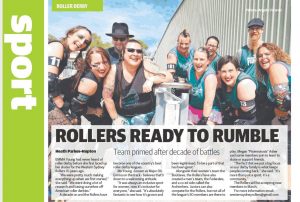 As I sit here half way through my second week of fresh meat training covered in bruises (honestly, who knew you could bruise the palm of your hand), I am just starting to understand the amount of work I have in front of me and surprisingly how keen and excited I am to take it on.

I was never an athletic kid, I preferred to read over run and if someone would ask me to play outside my response would always be “why?”. This didn’t really change in my teenage years. Compulsory sport at school – netball was my reluctantly chosen pursuit – was always more of a social event for me. I was put into the C grade teams, not much was ever expected so not much was ever attempted.

By the time I hit 20 I figured I would never be athletic nor did I want to be. I believed a chubby kid (or adult) had no place on the sporting field and I was fine with that, they didn’t want me and I didn’t want them. I headed to uni, studied and thought that beside the odd fitness kick or diet, sports and I were done. Until one afternoon when my husband bounded in and waved tickets to Roller Derby in front of my face. “Sure why the hell not, I’ve seen Whip It” I replied and we went off to see our first bout.

There was something missing for me at that time, I was facing graduation with a BA major in Theater and Film (i.e. no real job prospects) and life was getting very real, and very heavy. That night was the first time I noticed I was missing something, a challenge, a release or maybe just some fun. But as I sat at Sydney Boys High and watched a Sydney Roller Derby League bout (I think it was against Geelong) I knew one thing… I had to do that.

The next weekend my husband and I were wobbling our selves around the Penrith Skatel looking equal parts terrified and uncoordinated but we stuck with it. The next weekend we were back and a little more steady. I brought my own skates and every Friday night we were down at the rink skating. Every time there was a bout we were there. I read books and watched bouts on YouTube, followed the pages on Facebook and little by little I began to understand this game.

When I started this I was scared, scared of what will happen after uni, scared for my health and scared for my sanity if everything didn’t work out. But even after only a few months of teaching myself to skate, learning about Derby, going to bouts and finally signing up to a league something has changed. I feel stronger and that is not something I want to let go.